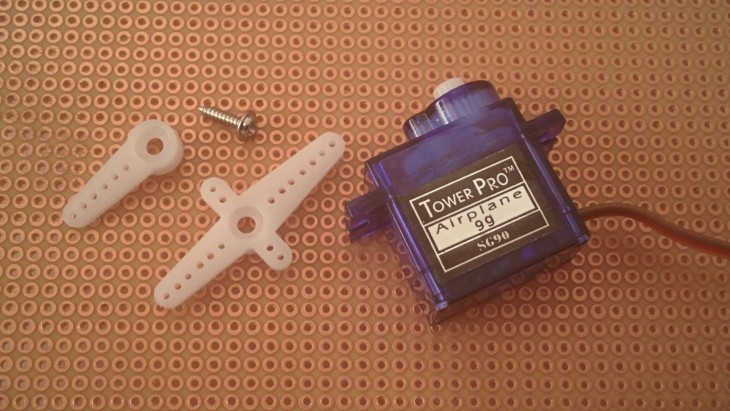 RC servo motors are probably the most popular actuators controlled by Arduinos. They come in many different sizes and shapes but for keeping it simple I’m going to write about a small, analog servo which is quite popular among DIY enthusiasts.  Let’s disassemble it and see what’s inside!

First, we remove the four tiny screws which hold the device together: 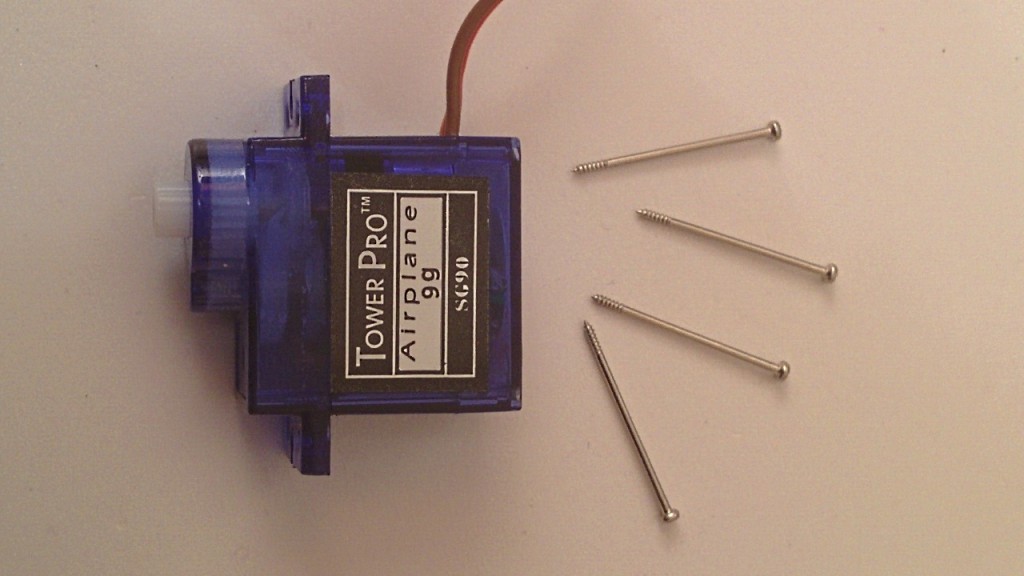 Now, this servo can be opened at two locations. If we open the bottom part we can take a look at the analog electronics and the back of the DC motor. 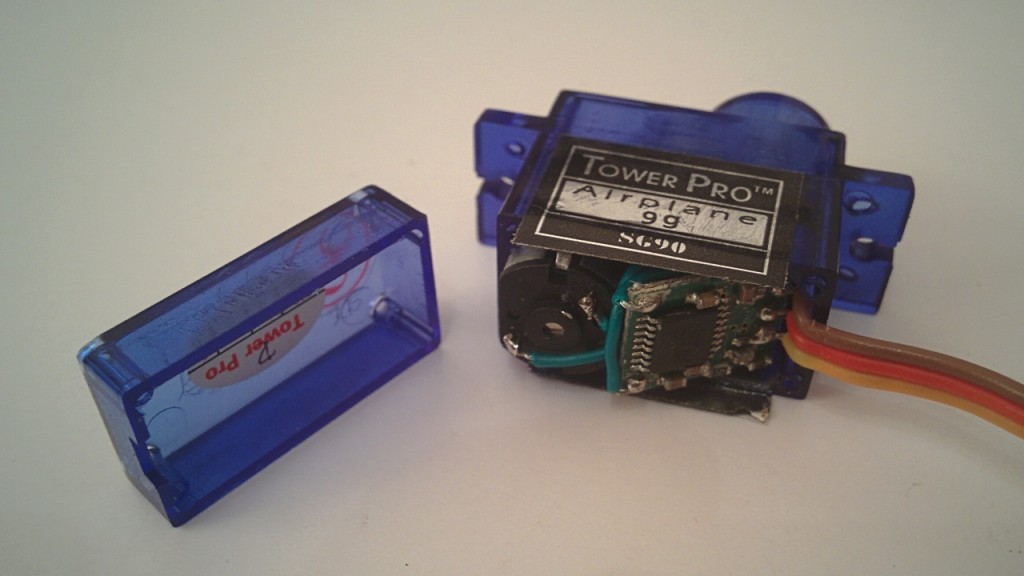 If we remove the top part we can see the shaft of the DC motor with a small metal gear, the integrated plastic gearing and below that, on the left: the top of the potentiometer. 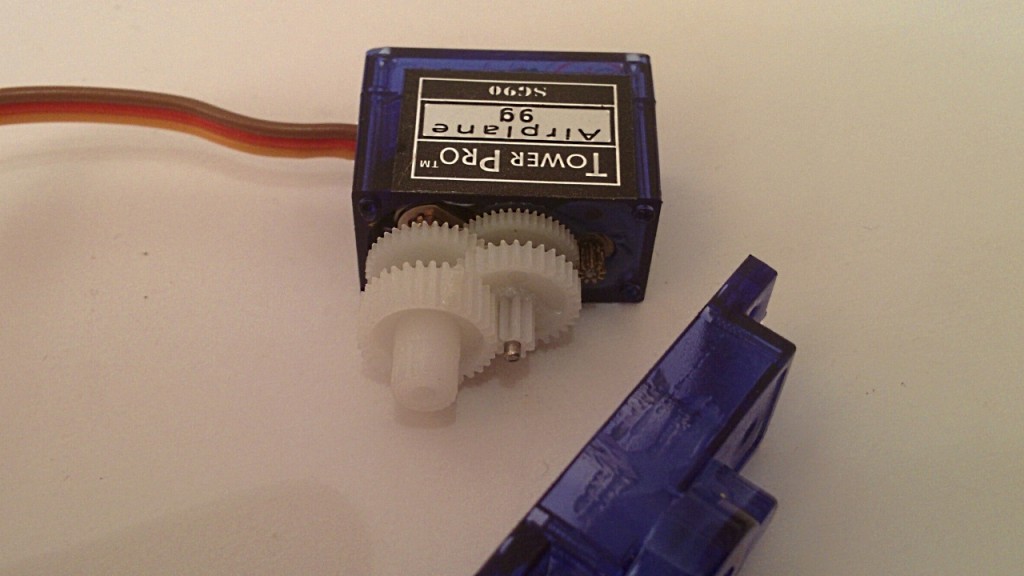 So we found basically everything that’s necessary for a servo to function. How does it actually work?

An analog RC servo is driven with 3 wires:

Most of the servos run on 5 to 6 volts DC but be very careful, only the tiniest ones can be powered directly from an Arduino. Anything that draws more than a few hundred milliamps should get a separate power supply.

The servo expects a PWM (pulse width modulation) signal on its yellow or orange wire. Examine the following diagram: 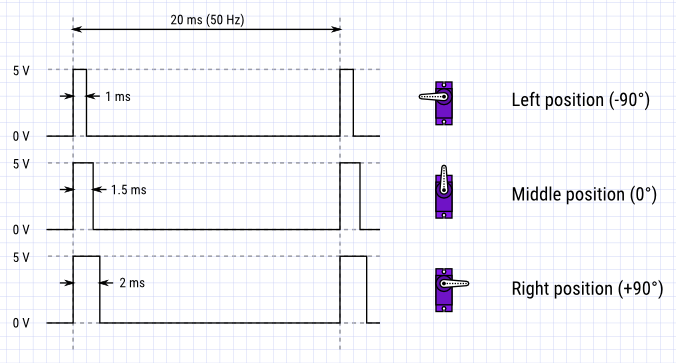 As you can see the servo needs a short pulse every 20 milliseconds and moves its arm according to the length of this pulse. The values on the diagram are the most common but some servos expect the pulses to be between 0.5 and 2.5 milliseconds and some only move 90°.

How do we produce a series of well controlled voltage pulses?

Stay tuned for the next parts…

Second part of the series